Quilly is marvelous. She gives us three words each Thursday and challenges us to use them . . . um . . . if not wisely, creatively! This is really great for those of us who can only write in short spurts! I've decided not to put the definitions of the words in anymore. If the context of my story doesn't give them meaning, I've done the story wrong! Feel free to play along with us. This week's words:
ambition; pessundate; & operiment


Alice was getting a little concerned. Although it had been a nice afternoon to sit and play with the dogs and talk to the boy, the sun was definitely moving towards the horizon. She knew that picking her way back down the trail would be complicated by lack of sunlight.

“Tadpole,” she began. “We have eaten everything I brought in my backpack. Cassius and Cicero have eaten all the dog food I brought for them. Worse, we are now out of water. We need to move to some place where we can get more food and water.” Her words sounded measured and deliberate to her but her ambition was to get Tadpole to reason his way to coming with her.

“I have really enjoyed spending the afternoon with you. In fact, I’ve enjoyed it so much I’d like it to continue this evening,” she said.

During the afternoon they had established that the boy was eight years old. He had slowly revealed details about himself to her. He had even taken her behind the rocks to show her the den he’d made for himself. It was a cleft in the hillside that provided protection and he’d made an operiment of branches and vines woven together for the areas that weren’t quite closed above. Alice thought his survival techniques were pretty good for his age. She still had no idea how long he’d been out here, but she knew why.

At one point when Tadpole was curled over Cassius petting and loving on the big dog, his shirt tail had ridden up revealing small round circles. When she was a younger lawyer Alice had done a stint with the Public Defender’s Office. She had seen those marks before on a child. They were cigarette burn scars. Tadpole’s looked old, but they were numerous. Recognizing what he was running from made her wary about moving too quickly with the boy. It would pessundate their fragile trust if she was abrupt or dictatorial.

Now he looked at her steadily, his eyes filled with trepidation at whatever her next words or actions would be. His experience with adults was that they made you go places you didn’t want to go. If she was just like them, he’d go further into the woods where no one would be able to find him.

Alice got to her feet and stretched. “I’m going to hike back down to my car and the dogs are going to go with me. In my car there’s more food, and more dog food and more water. I even have a tent and a sleeping bag just in case. You can come with Cass and Cicero with me if you want. I think they’d like that. I know I would. But I’m not saying you have to. I figure you’ve got some reason for being here and it’s your business whether you want to change that.” She motioned to the dogs to join her and they started down the trail. 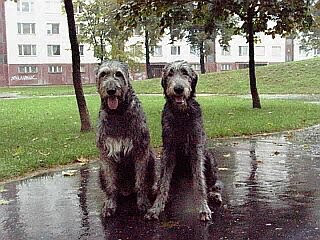 Cassius tried to stop her walking a couple of times, each time looking back at the clearing where they’d left the boy. Each time Alice said loudly, “Stop it Cass! If he wants to come with us it’s up to him! Even a great dog like you can’t make a little boy move against his will!”

After they’d gotten about half a mile down the trail the dogs gave in and walked with her. Was it her imagination or did they seem glum? That’s certainly how she felt as she wrestled with her conscience about leaving Tadpole. “What kind of person leaves an 8 year old on a mountain without food or water? As a lawyer, I’m an officer of the court. Surely I have some duty here. But if I do anything to force him, he’ll be so broken he’ll never recover.” As she mused upon the dilemma, the dogs suddenly stopped with their ears perked up. They looked back up the trail, their tails waving madly. Alice turned around to see what they were excited about, half afraid of the answer. She smiled with relief as she saw the boy walking down to join her. As he drew near, Alice held out her hand to him.
He approached, took it, and said, “Adam. My name is Adam.”
/kw
Posted by SouthLakesMom at 8:01 AM

A sensible boy. This is developing nicely, leaving some intriguing mysteries for the future - such as what kind of an excuse of a human being could cause the burns.

Well done my friend. I'm so glad that Adam decided to follow her. But what comes next we can only imagine. I'm looking forward to it. Great use of the words my friend :)

Here's the link my friend to previous Devon stories. It's under Pages on my side bar :) HERE

So the story grows and the plot develops. Great use of the words.
I look forward to next week ande more of Adam's story.

Yay! If she truly wanted to help, Alice made the best decision she could. Now, how is she going to get him into her car?